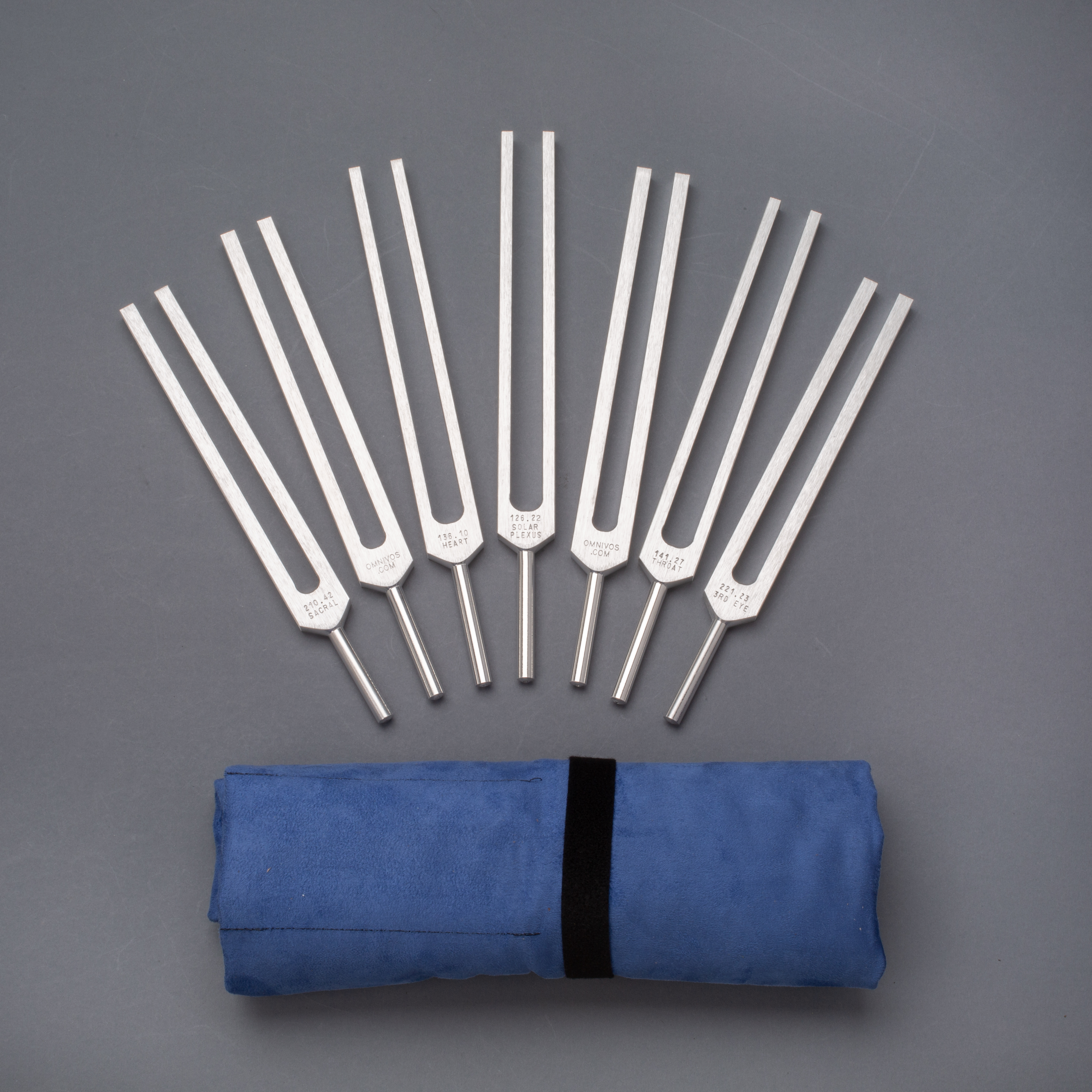 The idea of chakras or energy centers in and around the body is the focal point of many different healing methods. It is understood that if energy flows freely through the chakra centers then the body is healthy. This is true however there are some misconceptions about what this really means.The state of a chakra is a symptom, not a cause so if you are \finding that the throat chakra is not flowing, there is an underlying cause which can be physical, emotional or spiritual. That should be addressed but the purpose of this post is how to use the Chakra Tuning Forks.

The way I use the chakra tuners is two forks at a time, focusing on the connections between each chakra as well as the specific chakra.

Procedure for Connecting the Chakras You can do this after or instead of the simple procedure described above.