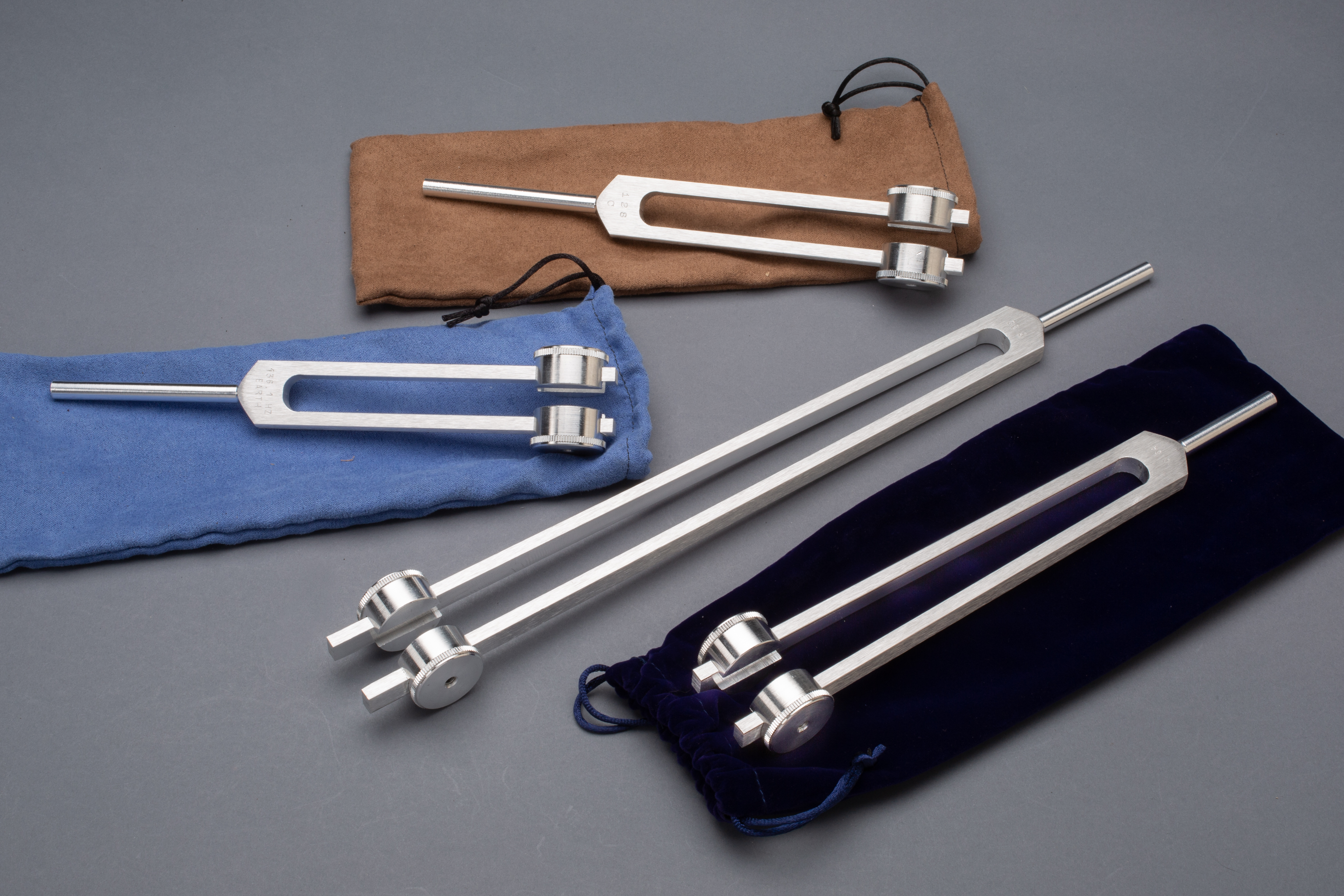 Ever wonder why the most popular Otto Weighted Tuning Forks are the 32Hz, 64Hz and 128Hz? It has to do with the Schumann resonance. I could go into the scientific details on how Dr. Schumann determined that the wave length or frequency of Earth was 7.83Hz but lets just say he knew what he was talking about.

The Earth frequency, also referred to as fundamental, is 7.83Hz which has been rounded to 8 hz. For the purists reading this, know that the .17Hz difference is not really a problem and I'll explain why shortly. So the if the frequency of the Earth is 8 hz, then why not an Otto 8 hz? Its because the lowest frequency we can sense is around 20Hz. An Otto 8 hz could not be heard or felt. If you want to make frequencies based on the Earth frequency, we would need to octavize 8Hz which essentially means doubling the frequency. You can read more about octaviztion here.

On a piano the notes of the white keys are C, D, E, F, G, A & B. The note following B is C, same note just a higher octave. When we say that we are octavizing a frequency, we are just going to the next set of white keys on the piano.

I mentioned earlier that the .17Hz difference between 7.83 and 8 does not really matter with tuning forks. This is because the frequency of the best quality tuning fork will still vary by .5% of the frequency depending on temperature, barometer and other natural conditions so no way around that.